A downloadable SIM for Windows

Work your way to Store Manager, hurry! Navigate your way through the ranks as you get promotions, money, and serve customers with great diligence. Don't slack off or your boss is going to be mad. 7 levels of burger-flipping fun! Push the square button for full screen...

Get back to work you burger boy...

Just use the Arrow Keys to Move and Look Around... Now let us get started flipping patties!!!

Gonna need some aspirin after staring at those colored walls, but I liked the changing objectives, the boss's voice was appropriately menacing, and getting caught by Burger Man Rival Restaurant Mascot did creep me out.

Lol I never knew that frycooks had it so hard. This game was kind of short and easy compared to Shrek's Wonderland and the like, but unlike those games, you do something completely different each level. I really like this idea and it made me look forward to the next level every time. Also the ending is very good, but I can't disclose it for the safety of this world and all fast food joints. I also really like the atmosphere of this game, and there is actually a lot of story in it. Well done. It deserves a 9/10.

Horror or not you just made me hungry again;p Well if you need an audio guy for a jam then check out my portfolio

I almost made it to the end! I can't find that last Kitchen Helper! AHHH hehe

Really Interesting Game! Thanks for the scary and fun experience!!

Hi there, I am a youtuber and I hope to get some support from you guys by leaving a like and subscribe at my channel.

This is an interesting game and I wanted to continue until the end but the controls was a little difficult for me to use as the game uses arrow keys instead of the usual WASD keys I use and the colourful background makes me feel a little nauseous while maneuvering around the game. I hope that an option of changing controls could be given and maybe make it easier to turn around and move around. If the game is fixed that way then its alright as well I guess.

Thank you for reading my comment. I was stuck in the maze part and I stopped because I got a little nauseous while moving around. Good luck to your future endeavours :). 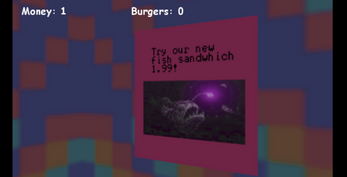 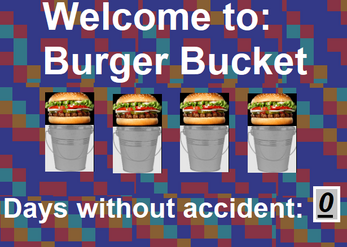